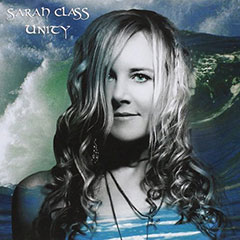 Well, this year has already disappeared faster than I’d like;-) But so much has happened. I’ve spent many months getting my much anticipated (by myself and forbearing family and friends mainly!) album ready for release, and latest video for single release Northern Shore ready. It is finally finished and about to see the light of day. (phew – what a long haul). Hours of painstaking colour grading editing and producing spent getting things to a place where finally I am happy with the video. Hopefully it’ll cheer you up if you’re feeling a little like a lift – I know it does me every time I see what was a huge adventure and an experience of a lifetime! More of this later..

The album Unity is to be released on the 2nd October. Many of the tracks are produced by Jay Newland (8 times Grammy winner, Etta James,Norah Jones). It was a dream come true to work with Jay and after I returned from the studio in Connecticut I went on to record more songs in the UK as they kept coming and finally I felt ready to get the album finished! The title track Unity was produced by Jonas Wrestling at Matrix studios – it’s probably one of my favourite tracks and is about the interconnectedness of all things. The balance of the Universe and how each small detail of our beautiful world (and it still is) affects another.

I’m now very much looking forward to playing with a completely new band – wonderful musicians with some great gigs lined up for the autumn and some new material on the table. The concert in Guildford is with a 40 piece choir and I’m so excited to try out some new arrangements I’m currently working on. It’s going to be very different – a total mix of genres!

Previous
Back to News
Next